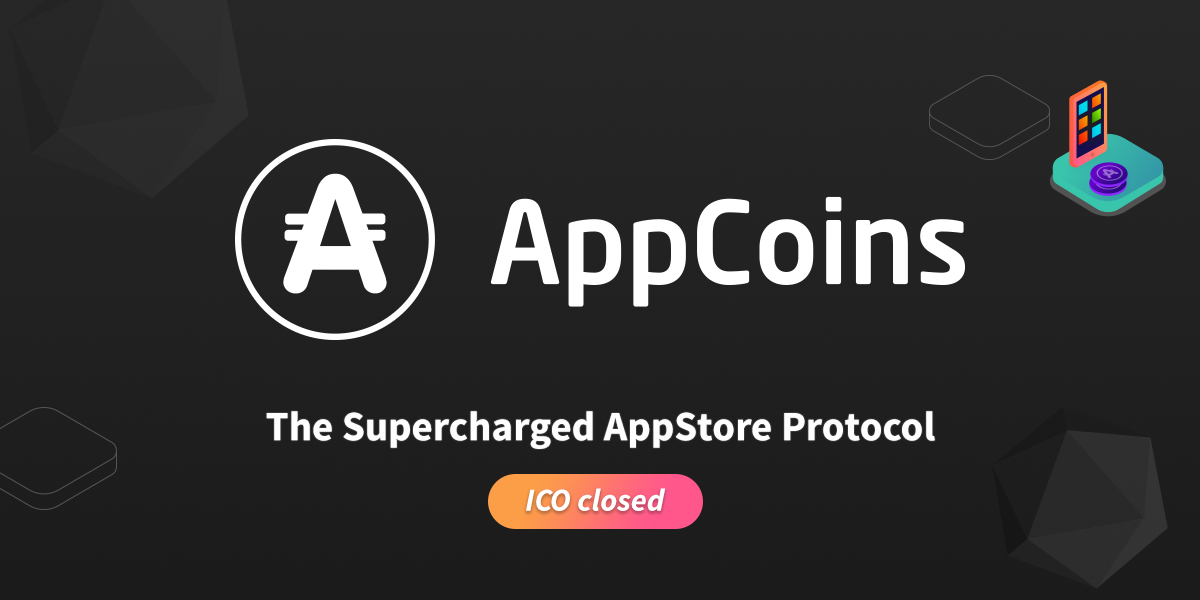 December 22, 2017 - AppCoins supported by Aptoide, one of the world's most popular App Stores with more than 200+ million users closes its public token sale for APPC tokens. The supercharged app store protocol has reached its hard cap after 7 days of opening its public token sale, this was achieved from over 3,000 contributors.

The Start of a New App Economy

"The end of a successful ICO means that the protocol will be implemented. This doesn’t mean that development only starts now: there is already a working MVP. Check out what our dev team has been working on GitHub. The path to getting here was both exciting and challenging and we thought it would be important to share all of the important landmarks that have brought us to this day." - AppCoins Team

Stay in touch with AppCoins

Its Telegram is still open to the community of AppCoins enthusiasts. Join a community of over 5,000 members worldwide. They are still analyzing results and will keep you updated with all of the key information in the near future.

Aptoide was founded in 2011 and has its HQ in Europe and offices in Singapore and Shenzhen. With over 200 million users, 1 million apps and 4 billion downloads to date, Aptoide is a community based platform that reinvents the app discovery experience through a social environment, tailored recommendations and the opportunity for users to create and share their own playlist of favourite applications and games.

AppCoins is a new cryptocurrency that all Aptoide users can earn and spend inside app stores. Once the protocol is implemented, AppCoins can be adopted by any app store, regardless of the operating system. The protocol creates a new shared ecosystem among all app stores, powered by the blockchain. AppCoins is to become the new universal language of the global app economy.