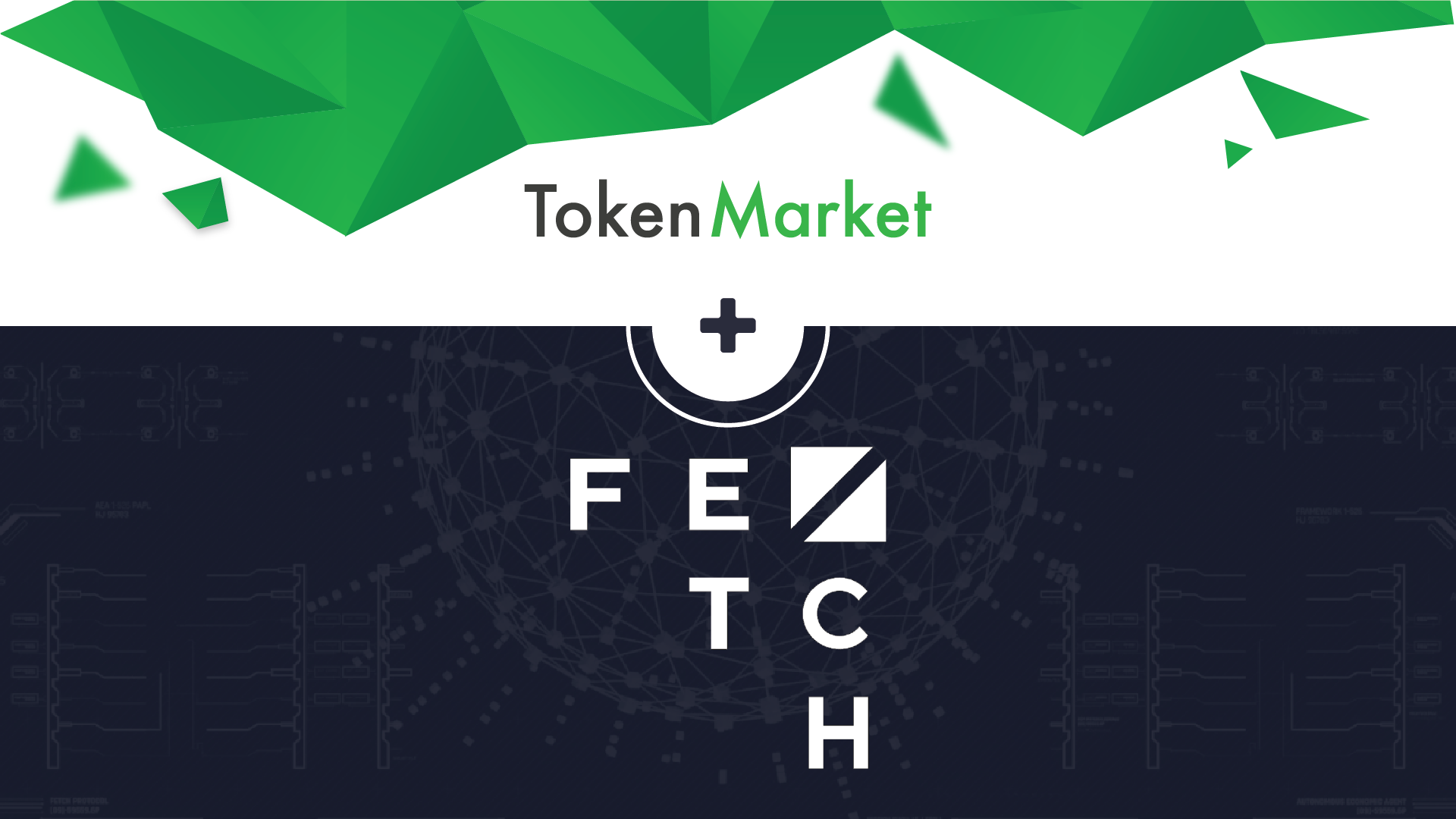 Cambridge, UK - July 12, 2018 - Fetch.AI, the world’s first AI powered, self organising ‘smart ledger’, has today announced a partnership with leading token information and advisory firm, TokenMarket. The announcement comes as part of Fetch’s wider plan to ensure that its next generation artificial intelligence system is adopted into everyday society.

TokenMarket will work closely with Fetch.AI’s lead investor and strategic advisory firm, Outlier Ventures, to deliver the Fetch protocol within the blockchain ecosystem.

“The TokenMarket team provides additional capability in the distributed ledger technology space which complements the strategic advice we receive from Outlier Ventures” Humayun Sheikh, Fetch CEO and Co-Founder stated. “The Fetch protocol offers the world a completely new technical and economic framework for delivering value and AI that makes algorithms and the knowledge they deliver available to all users of the network. It’s a collective intelligence that will dramatically improve the way complex systems like transport, energy and healthcare function.”

Fetch.AI is already part of the MOBI initiative, which includes automotive brands representing 70% of the world’s manufacturing capacity, to standardise distributed ledger technologies within the automotive sector. Fetch.AI is working with MOBI partners to investigate applications such as vehicle identity, supply-chain tracking, autonomous machine payments and data markets for autonomous driving. A further partnership with ULedger makes it possible for the Fetch network to consume centralised data from IoT devices in a provable manner, whilst ULedger’s users are able to leverage ‘autonomous agents’ on the Fetch network to realise optimal value for their data.

“Fetch introduces autonomous economic agents that are set to revolutionise many industries, whilst making life considerably easier for consumers. TokenMarket are thrilled to be working with a team that is at the forefront of artificial intelligence, and that have created a new highly scalable core distributed ledger to underpin its vision. We’re excited to see what the future holds for Fetch.” stated Ransu Salovaara, TokenMarket CEO and Founder.

TokenMarket and Fetch’s partnership will see the world of knowledge sharing and artificial intelligence made easier for both businesses and the consumers. The project is set to release later this year with further details to be provided in the coming months.

With over 30 individual projects launched last year, TokenMarket’s vast experience in providing high quality services to blockchain businesses, as well as its ability to deliver to clients in multiple industries, has seen the business set the benchmark for advisory firms across the board.

You can keep up to date with all of Fetch’s announcements by joining its official Telegram channel here: https://t.me/fetch_ai

Fetch.AI breathes life into machines, data, services and infrastructure with digital representatives that can trade autonomously and unsupervised. Fetch delivers a unique, decentralised digital world that adapts in real-time to enable effective, friction-free value exchange. Built by a team including former DeepMind pioneers and powered by innovations such as the world’s first Smart Ledger, Fetch has digital intelligence at its heart: delivering actionable predictions, instant trust information and enabling the construction of powerful collaborative models. With unrivalled performance and scalability, Fetch is the missing critical infrastructure for tomorrow’s digital economy. Fetch.AI is based in Cambridge, UK with development talent across the globe. https://fetch.ai