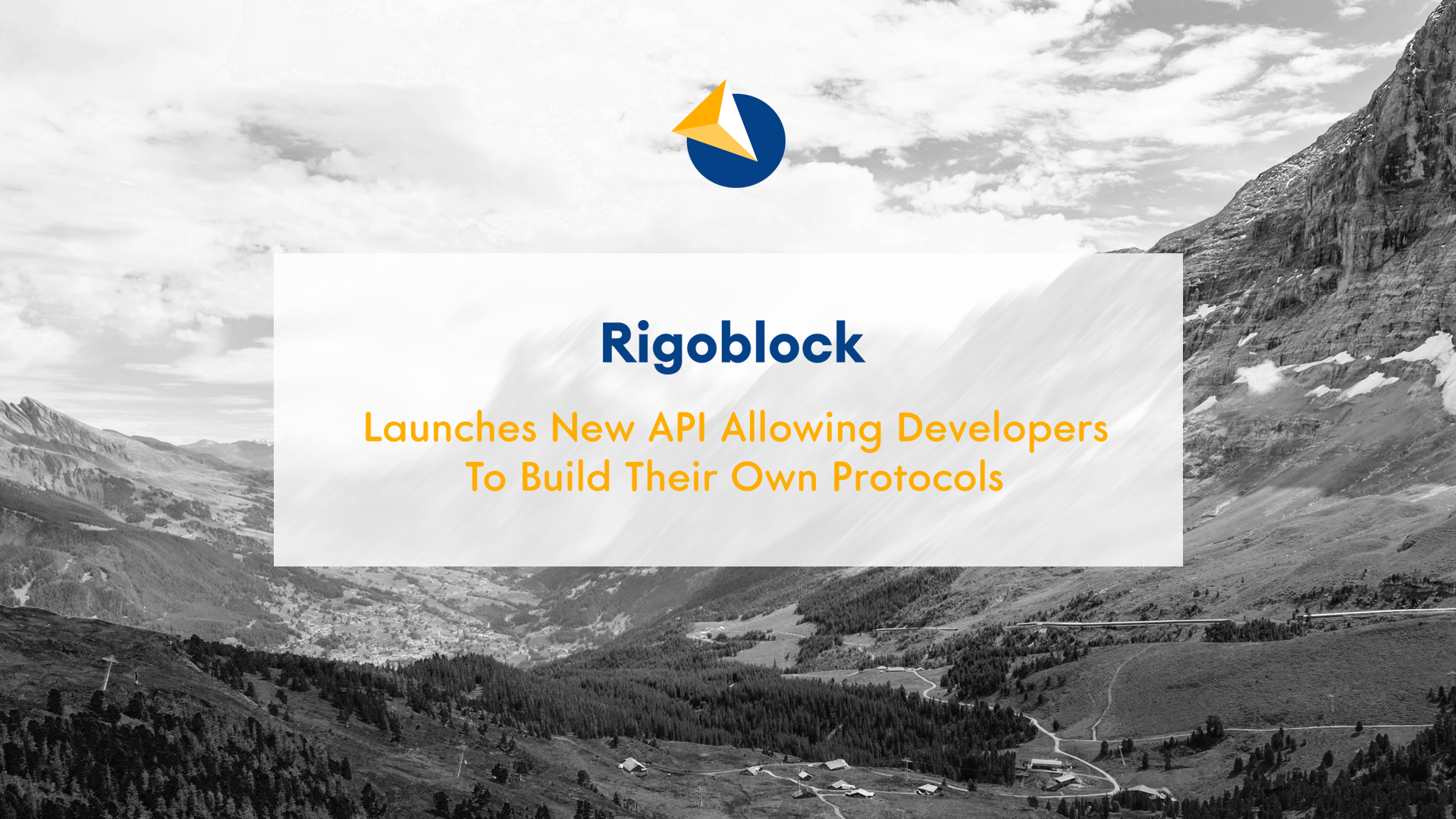 January 8, 2019 - Lugano, Switzerland - RigoBlock, the pioneering decentralized asset management platform, has today announced that it will be launching a new API to allow developers to build on top of the already functioning protocol. The news comes as an added incentive to ensure developers create on the Ethereum based blockchain network.

Having recently launched its token sale and successfully airdropping GRG Tokens to participants, RigoBlock is looking to give developers the opportunity to build on top of their platform. Gabriele Rigo, RigoBlock Founder, commented on the announcement, saying that:

“Having developers create their own platforms on top of our protocol has been a major goal of ours since the RigoBlock project began. We feel that having an open source, free and completely decentralized network is more of an incentive to create their own asset management platforms based on their exact specifications. I am excited to see how and what developers are able to build in the near future.”

Developers having the tools to leverage RigoBlock’s APIs to create their own asset management platforms without the need for developing smart contracts themselves or building their user platforms from scratch.

Ethfinex, a subsidiary of the Bitfinex group, has already integrated RigoBlock into their own platform. RigoBlock has also demonstrated the capability to multiple parties, all of which have shown a high level of interest. The project is expected to announce more API partners in the coming months and is excited about the upcoming opportunities.

To see how you can build on top of RigoBlock’s protocol, make sure you visit the protocol’s website.

To keep up to date with all news from the RigoBlock team, make sure you join its official Telegram channel.

About RigoBlock
RigoBlock is a blockchain protocol for decentralized asset management. It is an abstracted and generalized standard, built and deployed on the Ethereum public blockchain and portable to multiple blockchains, which streamlines the creation and management of complex applications for asset management. The RigoBlock protocol offers new types of incentives by aligning interests through the Proof-of-Performance algorithm, eliminating traditional management and performance fees. RigoBlock graduated from the "Blockchain Business Solution" accelerator program by H-Farm in cooperation with Deutsche Bank. RigoBlock is a member of the Enterprise Ethereum Alliance and Cryptovalley Association. https://rigoblock.com