The Impossible Task of Fixing Bitcoin: Highspeed Transactions and Elegant Solutions with Devvio 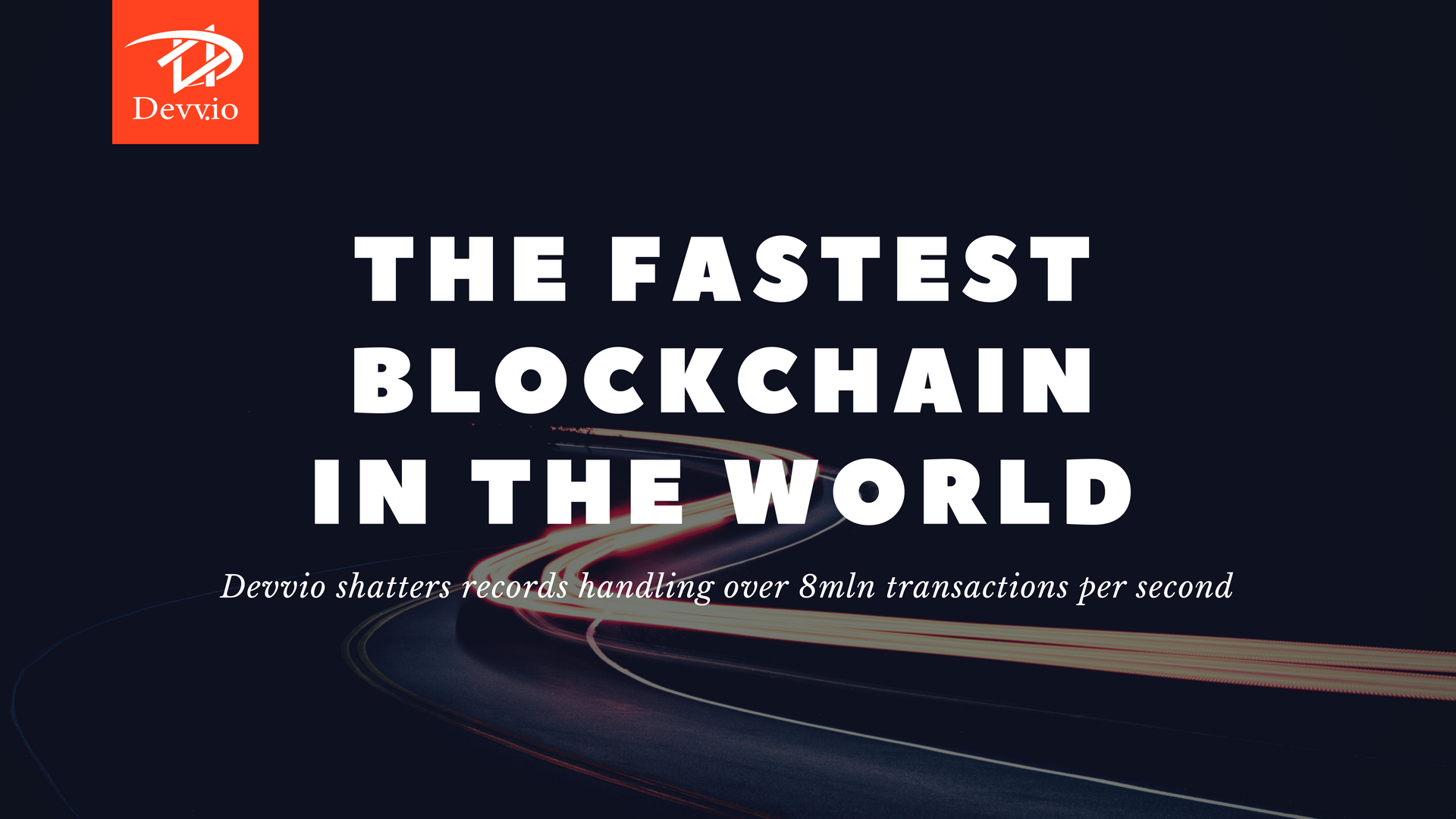 Albuquerque, New Mexico USA - July 9, 2018 - Devvio, a leading global cryptocurrency platform company, celebrated a key milestone in its product development by surpassing speeds of over eight million transactions per second on-chain. With this achievement, users can move money and assets faster and more reliably on the Devv platform than any current asset transfer available. At this speed, Devv becomes the fastest platform in the world - by far.

"We are the first blockchain to solve the challenges of scalability, stability, government-ready privacy, and fraud, theft and loss protections, all in a single blockchain solution. These are dramatic problems in other widely used blockchain technologies like Bitcoin or Ethereum," said Tom Anderson, Devvio's Chief Executive Officer. "When a blockchain solves these four elements in a single solution, blockchain as an industry, for the first time, can explode into mainstream, enterprise, and institutional uses," added Anderson.

Devvio has documented its latest benchmarking results, including a video of the benchmarking run, in a blog located here. Devvio expects to launch the Devv testnet this quarter.

"In just a few weeks' time," says Anderson "people will see first-hand that what we're doing is real, and spectacular."