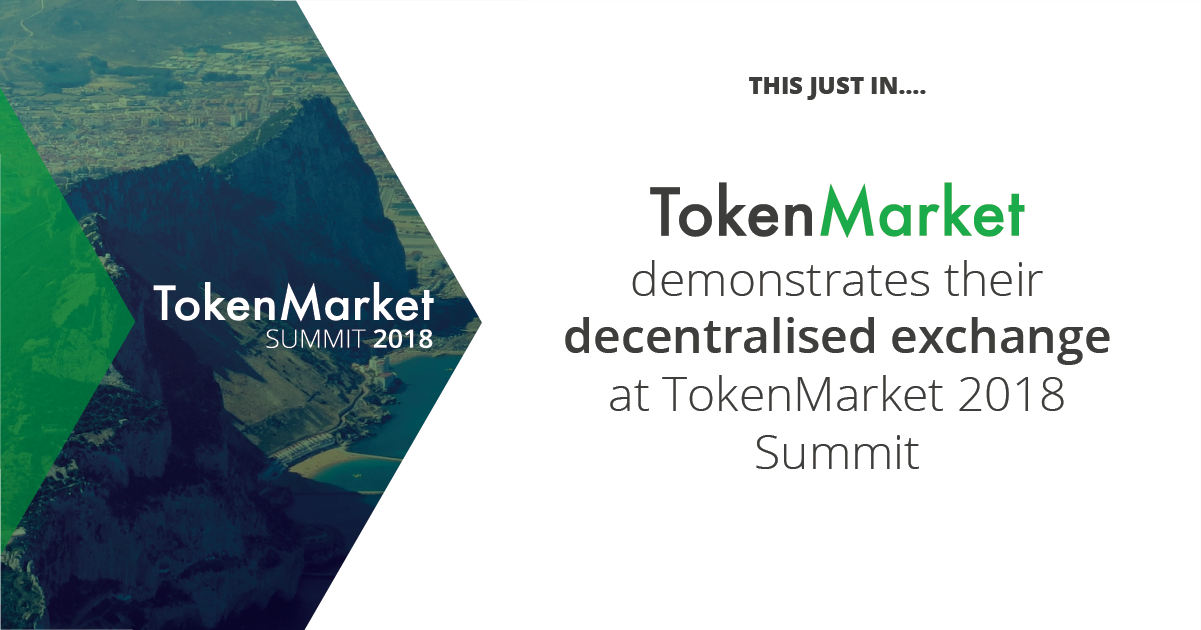 TokenMarket is proud to announce its new decentralised exchange will be coming in late 2018. The announcement made, by CTO and Co-Founder Mikko Ohtamaa at the TokenMarket 2018 Summit, will see TokenMarket delve into the world of crypto trading all on a decentralised network.

TokenMarket’s decentralised exchange will see users be able to trade cryptocurrencies for fiat currency, without having funds go through a controlled and centralised network.

“TokenMarket is proud to reveal that we will be one of the few decentralised exchanges in the market, doing more for the crypto community than most on the market” Ohtamaa stated. “Whereas most exchanges are looking to make money through high fees and trades, we want our users to feel that they can trust each other on our network when they buy and sell cryptocurrency.”

With this new announcement, TokenMarket can add a decentralised exchange network to it’s ICO advisory, token issuance and ICO calendar services. The development of the TokenMarket brand and services means that it is fast becoming one of the most diverse and all encompassing enterprises in the crypto space.

“This decentralised exchange will change the way users and traders interact with each other. With most exchanges being based upon a centralised network that is open to hacking as well as server crashes, our decentralised network won’t have these issues. We are carrying out beta testing and will soon be distributing invite only emails to try our network.”

The TokenMarket decentralised exchange will be released later this year, be sure to keep checking our website for the initial release date.

TokenMarket is a premier ICO information portal and advisory firm. It combines its market experience, resources and data assets to create a professionally tailored solution to execute ICOs safely and securely, providing an end-to-end service for token creation, presale and public sale. TokenMarket's ICO advisory service has partnered over 30 token sales including Storj, Populous, Monaco, Civic and Dent, raising over $300 million in total.