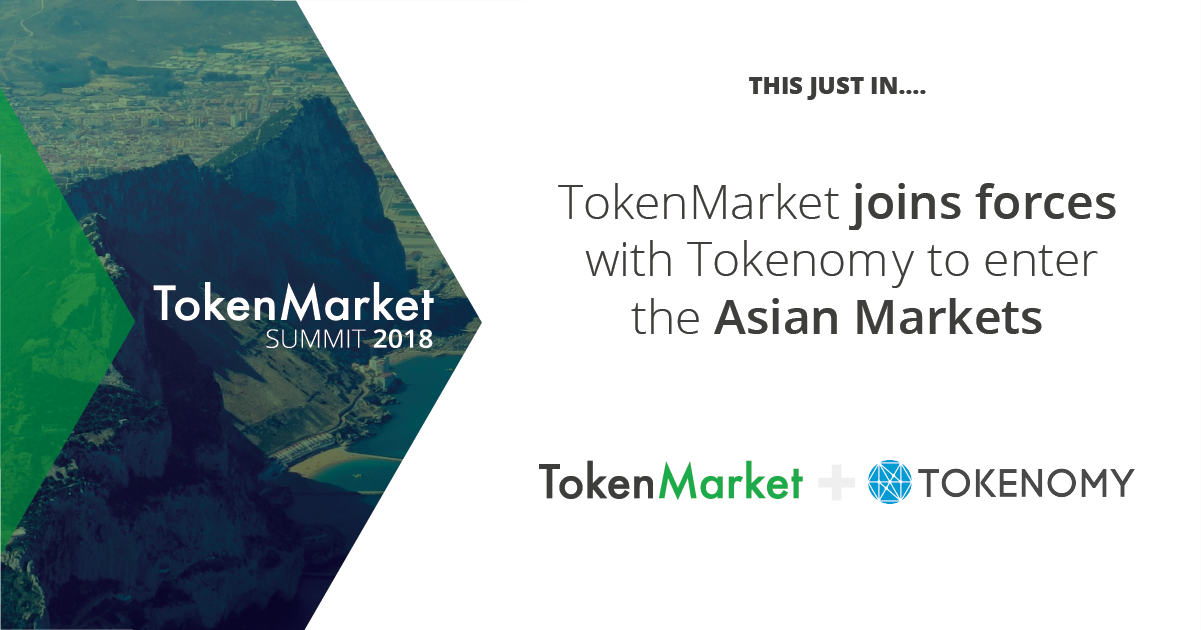 The second major announcement that kicked off TokenMarket 2018 was revealed that it will be working with its new Asian partner, Tokenomy.

Tokenomy is a value creation and distribution network. The platform enables an easy transformation of any valuable offering into blockchain tokens, allowing companies and organizations to distribute & exchange its tokens. Tokenomy also provides a marketplace for valuable tokens to be listed and traded on the crypto-only exchange

With Asia becoming one of the fastest and more open markets for ICO projects and the cryptocurrency industry, TokenMarket is excited to be partnering with Tokenomy to expand its ventures in Asia.

“TokenMarket’s excellent set of standards when it comes to ICO sales and advice means that we know we are working with an experienced and highly attentive team. For us at Tokenomy, we saw TokenMarket’s previous ICO work, raising over $350 million in 2017, and knew that these were the guys we wanted to partner with. We are excited to be working with a group as focussed on principles and security as TokenMarket.”

Tokenomy’s primary purpose is to provide a crypto-to-crypto exchange, focusing on Southeast Asian market. Tokenomy also offer project advisory services as well as having issued own TEN token that can be used within their mobile application. Working together with TokenMarket, Tokenomy will be utilising a set of high standards that all proposals made will be above board and regulated highly.

TokenMarket will work directly with Tokenomy on its ICO advisory service providing its insights and veteran token sale experience from advising on 30+ token sales.

TokenMarket is a premier ICO information portal and advisory firm. It combines its market experience, resources and data assets to create a professionally tailored solution to execute ICOs safely and securely, providing an end-to-end service for token creation, presale and public sale. TokenMarket's ICO advisory service has partnered over 30 token sales including Storj, Populous, Monaco, Civic and Dent, raising over $300 million in total.