TokenMarket: A Retrospective Look at 2017 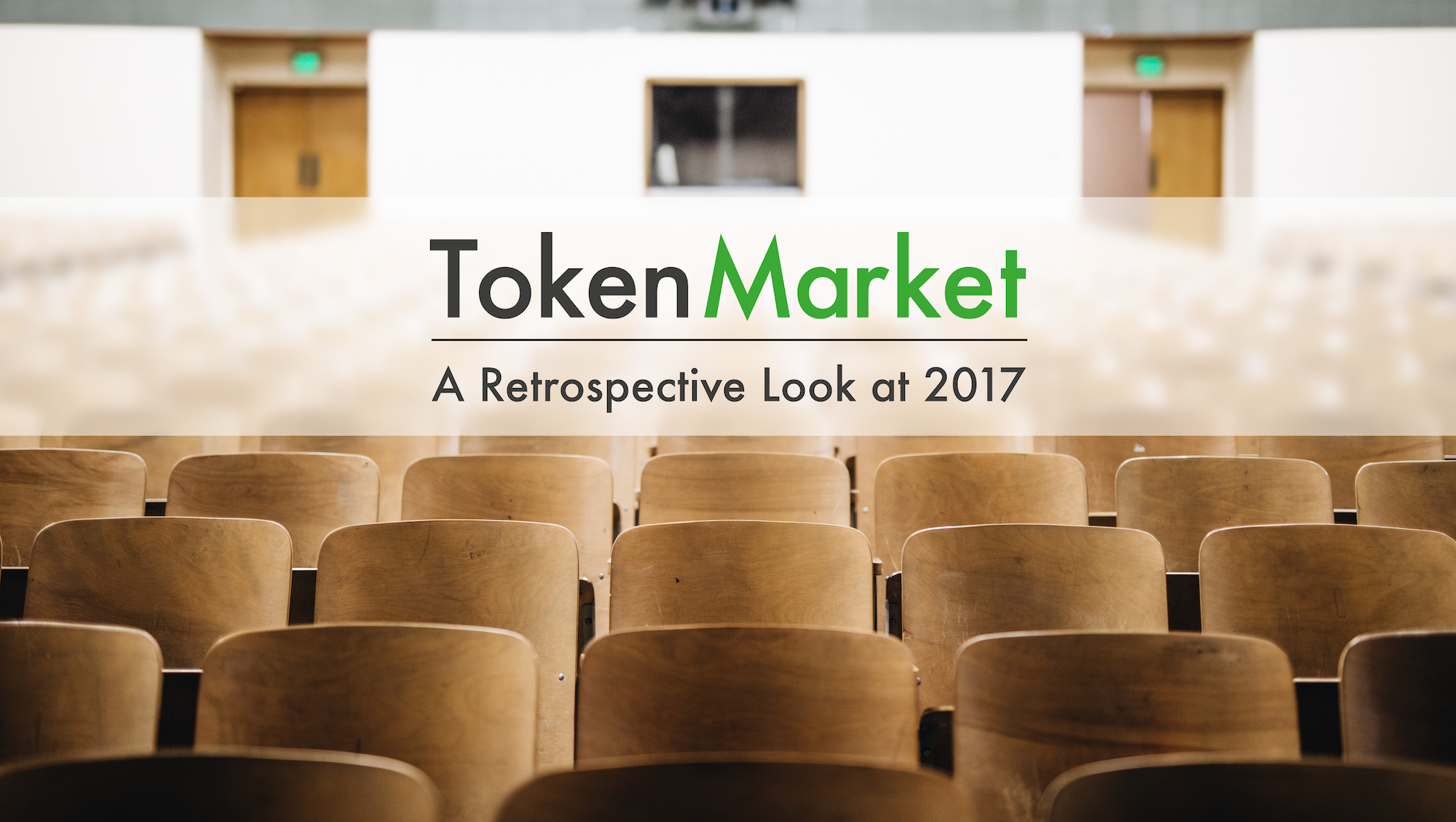 Leading ICO advisory firm TokenMarket, has announced that it will soon be turning two years old. The company, founded by Ransu Salovaara and Mikko Ohtamaa, is paving the way in the blockchain industry through the services it provides clients and consumers.

After another successful year, being awarded the ‘Best ICO Advisory Award', the company has decided to take a retrospective look at what has led it to this point and what the future of TokenMarket holds.

The mission behind TokenMarket’s inception is simple: to create and integrate a digital asset exchange, crowdsale and equity research platform, all within one platform. Starting with a small and dedicated team of five members, TokenMarket has now grown to a team of 30 employees in over five different countries. As the company has grown, so has the commitment to ensuring that the company mission stays the same.

There are a number of steps that have allowed TokenMarket’s growth to succeed in such high fashion and outperforming its competitors. TokenMarket’s strategic advisory, successful marketing campaigns and token sale technology, has allowed its clients project launches to thrive in a turbulent market.

In 2017 alone, TokenMarket raised over $250 million USD in token sales, a huge number for a business that is still young. Launching twenty of the biggest ICO projects in the blockchain market allowed TokenMarket to assert its dominance within the industry: winning the attention of it’s peers along the way.

“TokenMarket’s ICO advisory success is testament to the hard work that we as a team carry out. Ensuring that custom building blocks are put in place for each project has allowed our business to grow to an unprecedented scale. This success is what made 2017 such a great year for us. With this momentum behind us, TokenMarket will be working hard for the remainder of 2018 to further certify our position in the industry.”

One of the most successful launches for TokenMarket was Civic and for very good reason. Civic, an identity verification app that logs all data on the blockchain, is a project that could change the world. Raising a total of $33 million USD, the maximum amount that could be raised in preale, Civic token issuance was a major success. TokenMarket’s contribution into the marketing, communication, community management and advice, helped to ensure that Civic became one of the best ICOs of the year.

Another of TokenMarket’s key projects, Storj, also sold over $30 million USDs in tokens, proving to be one of the biggest token issuances of the year. Storj is a platform, cryptocurrency, and suite of decentralized applications that allows users to store data in a secure and decentralized manner. The industry leading expertise that TokenMarket provided, allowed the Storj project to flourish. Founder of Storj, John Quinn, contributed the work of TokenMarket to the level of success that the project had as a whole, saying:

“TokenMarket helped us to run one of the most anticipated token sales in 2017. With TokenMarket, we managed to port our existing tokens to Ethereum blockchain and tremendously increase our user base”.

Working with a diverse array of projects in 2017 allowed TokenMarket to assist a number of projects all focussed on different industries. Monaco allows users to spend cryptocurrencies like Ethereum and Bitcoin, as well as foreign currency, like a regular card. Being able to spend your cryptocurrency like FIAT is a step towards the world of blockchain being adopted on a mass scale. With TokenMarket’s industry expertise, Monaco was able to raise $26.7 million USD at their presale event, one of the industry's most successful launches.

The company has further developed their own token, allowing users to download the Monaco app from the Google and Apple stores, and use straight away. With this new development Monaco aims to bring their wallet and token into the mainstream, giving users access to both FIAT and cryptocurrency from their phones.

Civic, Monaco and Storj were not the only success story that TokenMarket had helped to achieve its goal. Many other projects like AppCoins, Dent, Ethos/BitQuence and InsureX also had massively successful launches thanks to the services that TokenMarket was able to provide.

Plans for the Future

TokenMarket has carried the same momentum of 2017 into 2018. Having launched Coinfirm’s AMLT token at the beginning of the year, raising $19 million equivalent in ETH, TokenMarket has been heavily focussed on ensuring that the hard work continues. A number of various other projects are scheduled to launch in the near future in a variety of new industries, as well as the TokenMarket 2018: “Insights into the Token Economy” conference taking place in Gibraltar from June 28th-29th.

With 2018 well underway, there are no signs of TokenMarket slowing down. TokenMarket will be hosting their first inaugural conference taking place in Gibraltar. Titled ‘TokenMarket 2018: Insights into the Token Economy’ the debut event will focus on a number on topics such as blockchain adoption, regulatory frameworks in the industry and consumer implementation.

A variety of high profile blockchain speakers and panelists are set to share their knowledge regarding the token economy throughout the event, including; William Mougayar, Author of “The Business Blockchain”; David Drake, Chairman at LDJ Capital; Olga Feldmeier, CEO at Smart Valor; Ransu Salovaara, CEO and Founder of TokenMarket; Jonathan Smith, Co-Founder and CTO at Civic; Vinay Gupta, Founder at Mattereum; Eric Jackson, CEO at CapLinked and Author of ‘PayPal Wars’; Mikko Ohtamaa, Founder and CTO at TokenMarket plus many more.

After a highly successful 2017, things for the TokenMarket brand continues to be improving. As the business continues to grow so does the quality of the partnerships being forged. TokenMarket will remain a dominant force within the ICO advisory and blockchain industries. With 2017 setting the standard for TokenMarket, it looks as though 2018 will be much of the same.