Reality Clash: Life After the ICO 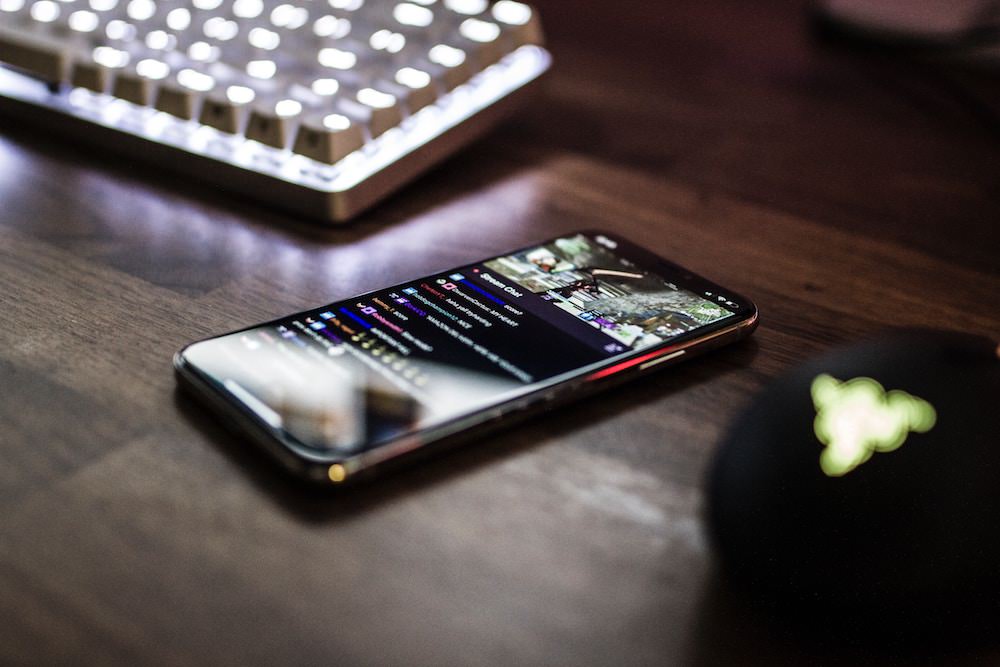 We sat down with Reality Clash Co-Founder Tony Pearce to discuss the project one year after the ICO. Read more on the progress Reality Clash has made over the last 12 months.

Augmented Reality (AR) is a technology that is fast becoming a part of the video game industry. Sony’s PlayStation Virtual Reality (VR), sold over three million sets as of August 2018, which paved the way for AR console gaming. I’ve seen far too many videos of people in AR zombie games to know how it ends. Reality Clash, thankfully, isn’t one of those games.

I sat down with Reality Clash Co-Founder and serial video game entrepreneur, Tony Pearce to look back at the project almost one year after their successful ICO. As one of the most highly discussed gaming projects of 2017 Reality Clash achieved an enormous level of success. “Considering that we only had a very early demo of the product when we started our ICO, what we have achieved in that time is incredible. We have a product coming out exactly on the day that we said it would one year ago and we are delivering a product that is far better than what we intended it to be a year ago."

If you imagine playing Call of Duty whilst utilising the Pokemon Go technology then you have Reality Clash. The product in itself is truly remarkable. An elegantly designed AR video game that allows players to complete missions, go into battle against other users as well as bots, complete challenges and enable a whole new world of gaming; all within the palm of their hand. Utilising a system that maps entire cities, Reality Clash has enabled users to turn their own environment into a battlefield. “We implemented Mapbox to give us a real 3D view of the city and it gives users landmarks to conquer and defend in order to complete tasks on the game. If you look now, I’m in central London and I have a safe house to get to down the road at Barclay Street, which is where I’ll be heading to after!” he jokes.

The first piece of the Reality Clash network to be built and function on the blockchain, the Marketplace acts as a one-stop shop for users to buy weapons. “The weapons are a huge factor for the success of this game already” Pearce states. “We have launched over 70 exclusive weapons, each with four or five different skins. The skins match cryptocurrency logos so, for example, the Bitcoin guns are all gold, the Ethereum guns are blue and white. We’ve sold over 3,000 guns already with users spending over 500,000 Reality Clash coins (RCC). We don’t even have a game for them to use them on yet. That in itself is remarkable!” Not only is Reality Clash tapping into the world of gamers, but they are also tapping into the world of crypto enthusiasts.

“What’s great about our arsenal is that all of these weapons are limited. Once they are gone, they are gone. In fact, some of these guns have sold out already, with our platform only being released to the public a few months back.” Pearce tells me. “People are speculating on the value of these guns once the trading platform is released next month and, much like other MMORPG games such as World of Warcraft, they expect the value to rise, just like they would for the crypto market as well. The quality of the weapons, which are all available to be viewed in 3D, combined with the limited edition skins and buzz around this AR game is what has got us to where we are. Putting these weapons on the blockchain just made sense to us.”

The detail in the weapons armoury is amazing, giving users customisable options for each specific gun

Reality Clash’s success is a testament to the community that grew organically. “We had 1,500 ICO participants with an average contribution of about six ETH. That community that we built are so passionate and so into our project. Our website crashed when we launched our ICO, that’s how crazy it was when we went to market.” Pearce’s beaming energy when discussing the community, in itself, makes you believe that this game could be the next big thing.

However, it wasn’t always such plain sailing for the team at Reality Clash. The project, which had now gone viral due to its popularity in the ICO and gaming markets, faced untold problems from their new found success. “We’ve had people try to hack us, we had people hold our site for ransom, we had all sorts of issues arise. The day we launched our ICO, someone had cloned our site, identically and then had the cheek to advertise it on Google sending investors to the scammer's site, not the official site.” It didn’t just stop there Pearce says. “Our slack channel was plagued with so many scams that were fake admin messages that in the end, we just turned it off. We had scammers impersonating me, saying that our wallet address had changed and to start sending Ether to our new address (which was the scammers). Fortunately, you don’t get that now” he laughs. “But even throughout all of that, we still had great success.”

“Do you think you would have succeeded in today’s ICO market?” I put to Pearce. With ICOs having faced a turbulent time in 2018 and the crypto market has also fallen since the start of the year, the market has seen a substantial downturn and only 44% of ICOs which launched in 2017 succeeding. “It would be difficult” Pearce tells me in a matter of fact but joking way. “I’d be amazed if we could do it again in the current market. Utility tokens just aren’t as exciting to the market any more and even though our project is amazing, we’d have never got off the ground in today’s market.” Whilst the market might be in a rough position at the moment, there are good ICOs which are still out there, just waiting to be found. The success of Reality Clash is evidence that good ICOs do exist but that the market needs to sift through the good and bad in order to truly move forward

Although Reality Clash is set to be a hit in the AR game space, there are some areas that Pearce and the team felt should have been pushed more. “We never spent a penny on advertising, we just created a really good marketing campaign targeting crypto enthusiasts and gamers and it went viral” I am told. As I wrap my head around that comment, considering that the ICO market is so competitive, I am genuinely stunned. “I wish we had just thrown money into it and seen what could have happened. Considering the success of Pokemon Go and more recently Fortnite, I know that we could have made a huge dent in the market and raised a lot more money but that’s just how it is” Pearce says before adding “other than that; there are no other regrets.” with a reassuring smile. 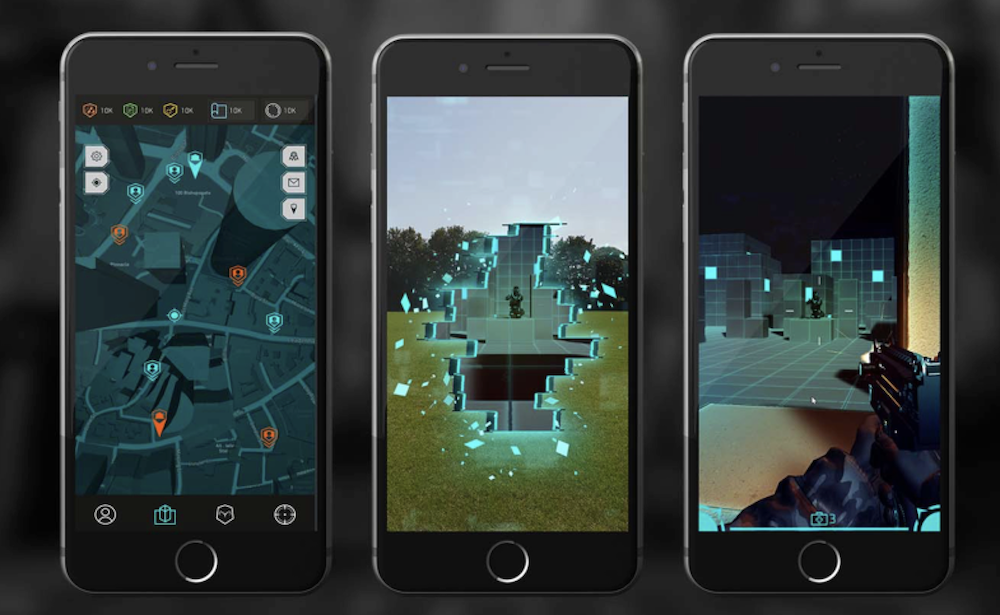 In person the attention to detail is incredible to see

With time running out before our conversation ends, I have but one question left for Tony. “What does the future of Reality Clash hold?” The success of Reality Clash has not gone unnoticed with features already in Forbes and the large gaming press. “We have combined everything that is cutting edge and put it into one platform that allows people to interact in a fun way” Pearce tells me. “It’s the first game that’s really come out that pits users against each other in a battle environment. But more importantly than that, we delivered on our ICO promise. No other game on the market encapsulates this level of technology which has so many different aspects, all of which are able to work in an effective and simple way.

Reality Clash introduces a new kind of gaming to the mobile market, encapsulating some of the most interactive and interesting technology available. AR will reinvent the gaming industry. It already has for traditional consoles. Reality Clash is taking what Pokemon Go did for AR and adding a whole new combat world to it as well. “We are Reality Gaming Group,” Pearce states “Reality Clash is only the start of this.” I think you’re right, Tony.

The information provided on TokenMarket.News is for informational purposes only. It should not be considered legal or financial advice. You should consult with a financial advisor, attorney or other professional to determine what may be best for your individual needs. See our Terms of Service for more.