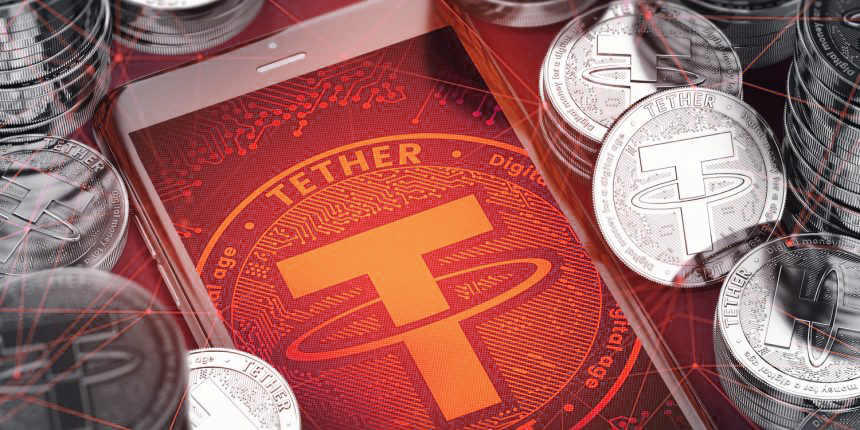 Digital assets represent the next stage in the evolution of financial products but as the Tether (USDT) example shows, there is a long road ahead.

The most important innovation in traditional financial products over the past two decades is undoubtedly the rise in (what I will call) “securitisation wrappers”: essentially, securities (for example, debt, equity, derivatives and mutual fund units)  that provide exposure and access to an underlying asset. The successes of this financial innovation created the Exchange Traded Fund (ETF) industry, a $3 trillion business that has democratised access to a wide range of financial assets at unprecedented low costs;  its failures, however, introduced Collateral Debt Obligations (CDO’s), and a 2008 financial crisis that nearly brought modern banking to its knees.

Investors have learned a lot over the past two decades, with the most important lesson being:  “Trust, but verify”. In particular, they have learned to focus on the operational risk of the securitisation wrapper as well as the market risk of the underlying.

Digital assets represent the next stage in the evolution of securitisation wrappers. They not only promise increased operational efficiencies - better liquidity and more transparency; they also speak to a belief in the mass adoption of transformative DLT and digital asset technologies and real concerns about the dangers of fiat currencies and inflationary monetary policies.  Since the launch of BTC in 2009, digital assets have grown from a technology niche to a multi-billion dollar industry, and tokenisation is increasingly expanding into traditional financial services.

Digital assets would be well served by not only disrupting financial services but also by learning some of the lessons that drive the need for that disruption. And we are seeing that, to some degree:

We Need to Talk about Tether

Nevertheless, problems remain. To be blunt, the industry needs to talk about Tether (USDT).

It would appear that despite some very clear problems, the digital asset community has decided to close its eyes, put its hands over its ears and stamp its feet while screaming “I can’t hear you” to anyone who dares point out that this is a serious issue.

And I am not talking about the criminal allegations, on which I have no comment.  What I want to discuss is to examine the facts behind the serious defects in Tether’s structure.

Tether is neither an entirely new currency, nor an entirely new asset class. Rather, it is a clever solution to a problem that has long plagued financial services:  how to “securitise” cash such that it can be moved quickly, efficiently, and at a low cost even if held in large amounts. For example, money market funds (funds that track the value of the USD while at the same time providing a yield) were introduced to solve some of these problems in traditional financial services, just as Tether (and other stablecoins) were introduced to solve them for digital assets.

Tether provides a convenient “on-ramp” to exchanging USD for crypto currencies. It is meant to track the value of USD on a 1:1 basis, and was initially promised to be 100% backed, 1:1 by USD; i.e., for each Tether issued, a corresponding 1 USD would be received and held to support it.  And when the Tether coin was sold or redeemed, 1 USD would be paid to buy it back. Ideally, then, for every Tether in existence, there should be a corresponding USD that “backs” or supports its value. Tether is by far the largest, by dollar holdings, of the stablecoins issued and therefore presumably also the most used.

Tether is issued by Tether Holdings, which is an affiliate of Bitfinex, a well-known crypto exchange.  And while Tether apparently was started with the best of intentions and everyone meant to ensure that each Tether really had a USD backing it, Bitfinex recently admitted that wasn’t quite the case.  Instead, they reluctantly disclosed that it was backed 70-some odd percent by USD and the remainder by an unsecured loan between BitFinex and Tether Holdings. Bitfinex apparently borrowed some of Tether’s reserves to cover its trading operations.  That discrepancy amounted to around $850m, which means that around a third of Tether holders haven’t done anything but lend Bitfinex around $850m of cash for operations, with zero security or collateral. (To be fair, I don’t consider Bitfinex shares to be real collateral, since Tether will only go under if Bitfinex goes under, and if Bitfinex goes bankrupt, those shares won’t be worth anything).  To put that in context, it is not all that different than the time a whole bunch of people were allowed to borrow a whole bunch of money to buy houses for far more than they were worth with no proof that they could pay the loan back.

Why This Represents a Flaw In Tether’s Structure

In general, for a securitisation wrapper to track an underlying on a 1:1 basis, investors have to be confident that it is 100% backed by the underlying asset or by another instrument that provides the same exposure.  That is a very basic requirement and to be fair, one that Tether presumably satisfies: it is allegedly now backed by 75% of cash or cash substitutes and 25% by an unsecured loan between Tether and an affiliate.

But, while that backing is clearly necessary, it is by no means sufficient.  Indeed, post 2008, financial products have evolved dramatically to ensure that a wrapper is not only nominally “backed” by assets, but also that it manages the risk around that backing.  What are those risks?

Does Tether manage any of those risks?  It doesn’t look like it. Presumably Tether’s assets do exist (otherwise how would Bitfinex been able to appropriate $850m of them), but Bitfinex was able to control Tether’s assets with no independent oversight and to use them for its own purposes unrelated to Tether.  Even a cursory read of Tether’s terms show that holders have no legally recognizable claim on Tether’s assets and that they aren’t bankruptcy remote from either Tether or BitFinex credit risk. And the Bitfinex - Tether loan is for all intents and purposes uncollateralised (for reasons explained above).  Not a great structure, and definitely not one that would pass any basic diligence by a seasoned investor.

And yet, it appears that as it stands, the digital assets community doesn’t care.  Tether still tracks the dollar; it remains the largest stablecoin by dollars held, and it continues to attract significant volumes.  But this is a dangerous attitude.

Is the diligence boring?  Yes. Is it overly technical? Probably.  Nevertheless, it is the type of analysis that experienced investors engage in every day when they buy financial products, and with good reason.

Ignoring these risks means choosing convenience over security, complacency over diligence.  It is the sign of irrational confidence: that people will keep using Tether; that the next buyer will also ignore the risks; that the party will continue as long as the music doesn’t stop.  And anyone who was around in 2008 knows how that plays out for these products: first, the money flows out in a trickle, while prices and liquidity remain relatively stable; then that trickle becomes a torrent, as people panic, the price tanks and liquidity dries up and finally, that torrent becomes a flood, wiping out anyone and everyone left.  And like that, $3bn can simply disappear into the ether, with investors holding something that doesn’t trade, that no one will buy and that has no value, wondering why they were so confident that the party would never end.