Blockchain Will Reshape the Future of Sustainability 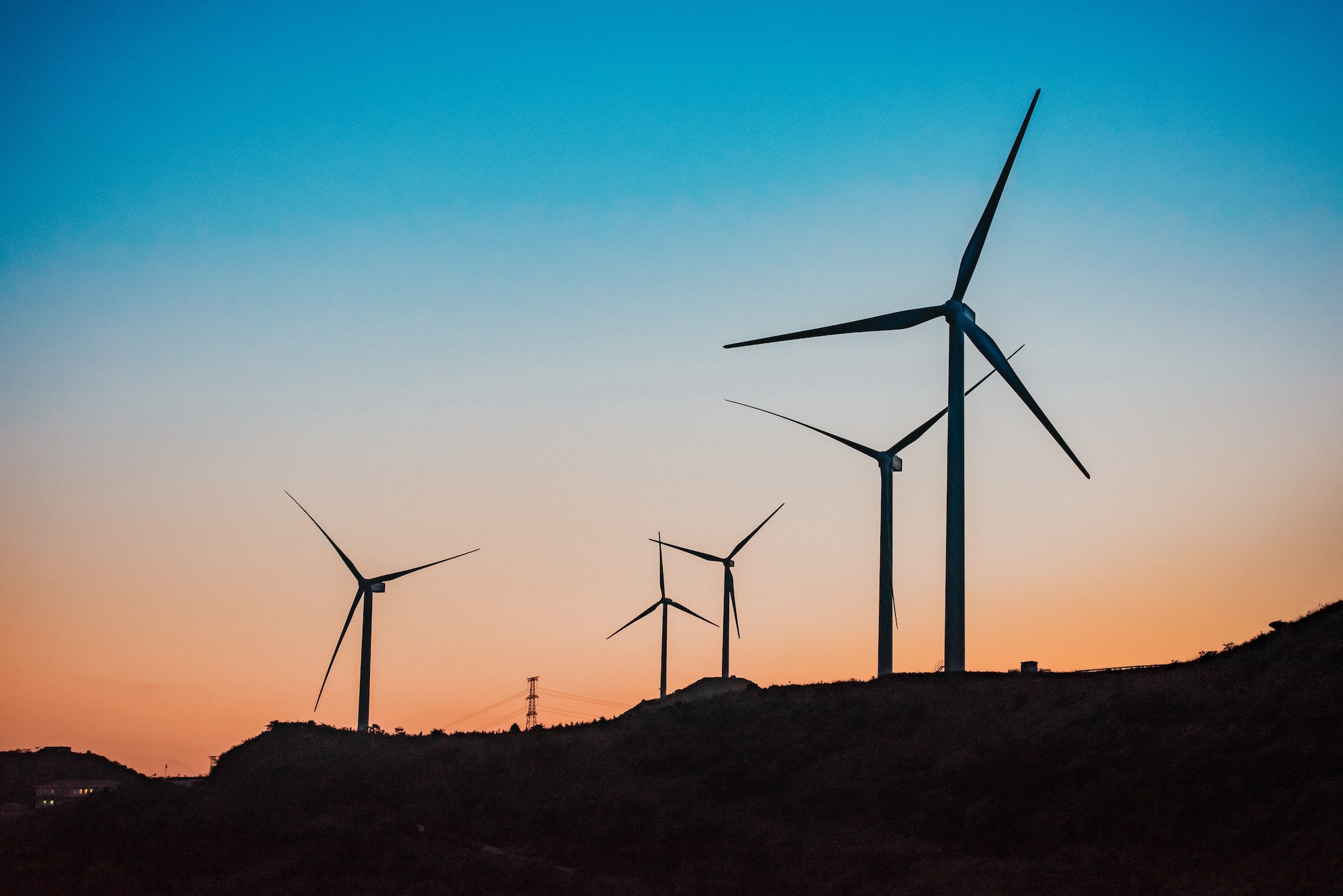 With sustainability playing a more important role in everyday life than ever before, we explain how blockchain technology will drastically improve current problems if it receives mass adoption.

In the last 10 years, there has been a dramatic increase in the number of businesses and consumers looking to become more sustainable. From supermarkets, energy providers, banks and consumer goods manufacturers, the shift to go green has become more prominent.

Below we will examine how blockchain technology can play an integral role in tracking and improving sustainability measures. We will discuss how distributed ledger technology (DLT) could be a breakthrough solution for governments, businesses and consumers alike.

In 2016, the entire planet produced over 2.01 billion tonnes of waste and, with that figure only expected to rise to 3.4 billion tonnes over the next 30 years, the waste problem the planet is currently facing needs to be addressed. In order to dramatically reduce this number, there will need to be a global infrastructure which is able to create, log and speed up processes; enter blockchain.

A 2017 study carried out by France’s national railway provider, the Société Nationale des Chemins de Fer Français (SNFC), found that Lyon’s central station produced over 360 tonnes of waste every year. The processes in place required the SNFC to use multiple firms to dispose of the waste at a great cost.

The firm applied blockchain technology to its bins and used Bluetooth to track the capacity of each bin. This information was then logged and the wastage removal team were able to better allocate and dispose of the rubbish. In its first month of pilot testing, the SNFC found that it had saved close to €2,000.

Whilst this number may not seem big at all, it plays a significant role in outlining how much train stations across France could in fact save. With over 3,000 individual train stations in France as of 2009, there is a potential to save over €64 million a year for the SNFC if each station saved €2,000. Of course, every station will have different waste levels, but even if this number was halved, the savings are still huge for the national rail service.

Although this system shows how existing waste is able to be disposed of, however, it does not account for the waste that will be created in the near future. One theory of how this waste issue could be combatted within product packaging is the idea of using QR codes. If packaging ends up in beaches, in the ocean or in an environment it should not be, these codes could be scanned and the packaging traced back to the manufacturers. It would then increase the responsibility that manufacturers, consumers and governments have to ensure waste is disposed of correctly.

The average household in the UK produces around one tonne of waste every year, with businesses in the UK accounting for a quarter of this waste. Other European countries such as the Netherlands, Switzerland and Germany recycle around 60% of all waste that is created. There is no doubt that recycling needs to be increased in the UK if both businesses and consumers in the UK are to improve the current waste situation. Integrating blockchain could ensure that this number is improved and both business and consumers understand the importance of recycling and waste management.

One of the biggest issues that many consumers face when purchasing products is not knowing enough about its origins. In many manufacturing industries, such as fashion and natural resources, this level of transparency in product origin is simply not there. One of the biggest examples of this comes from the cotton industry.

Cotton, one of the most in-demand materials used to produce clothing, accounts for 33% of the textiles used. It also takes around 2,700 litres of water to cultivate enough cotton to produce just one T-shirt. Understanding the product origin could be helped with the use of blockchain technology.

The Seam, a Memphis based company which focuses on creating solutions for agricultural businesses, revealed it had partnered with the U.S. National Cotton Council to release a blockchain for the cotton industry. With over 453 tonnes of cotton sold and distributed each day in the U.S., blockchain will play a pivotal role.

This solution will help the cotton industry to track agricultural products from the source, as well as creating much-needed transparency in the sales tracking of cotton. Utilising the Ethereum blockchain, each bale of hay will be tracked using a non-fungible token to represent it. This token will be unique, outlining the key characteristics of each hay bale such as weight, quality and purpose, for example, if the hay is better for linen, denim etc.

Levi’s Strauss & Co. has already committed to rolling out blockchain technology in its factories in order to better increase its efficiency. LVMH Moët Hennessy, the parent company of fashion powerhouse Louis Vuitton, has also begun using blockchain in order to track authentic products. This week alone at the G7 summit, 30 of the largest fashion businesses in the world have all agreed to a pact in order to make the fashion industry more sustainable. Along with the other 150 brands the likes of Gucci, Prada, Zara, Nike and Burberry have all agreed to ensure that their work meets a certain level of sustainability.

Blockchain, in this case, is a perfect example of how product origin can be tracked, traced and made available to the key parties. It also stresses the importance of transparency and, in the fashion industry, transparency is vital in understanding the impact and authenticity of the products life cycle.

One of blockchains biggest benefits is the immutable, time-stamped database which logs every transaction that happens. For a business with a supply chain, this would prove invaluable to creating a much more streamlined, cost-efficient and waste-reducing network at every step of the way. In order to understand just how this would work, it is better if we provide an example.

In September of last year, the U.S. experienced a dramatic outbreak of E. coli which was caused by contaminated romaine lettuce found in Arizona. The outbreak caused over 210 people to fall ill, 96 of which ended up in the hospital and five of whom died. When the Food and Drug Administration (FDA) began its investigation into finding the source of the bacterial outbreak, they found themselves gathering an enormous amount of information.

This eventually led to them to a farm in Yuma weeks after the outbreak occurred and after the infection had been contained. Being able to outline exactly where all of the product was coming from, highlight all processes in the network, timestamp each transaction and then find a commonality between all those who became ill would have made the FDAs work much faster.

When looking at supply chains, using DLT makes complete sense. Had a blockchain been in place for the FDA to track where all lettuce was coming from and traced this back to the Yuma farm, then they would have found the source of the E. coli almost instantaneously. Current archaic systems rely too heavily on human interaction and, without the help of blockchain, highlighting the issue early on was not possible for the FDA.

Climate change and sustainability have become two of the major talking points of 2019 alone. Activists such as Greta Thunberg have highlighted the importance of making a global change before it is too late. In order to avoid a hothouse earth scenario, we must reduce global greenhouse gas emissions by 55% before 2030. This impacts future generations on an incomprehensible scale.

There are ways in which blockchain could create a greater societal impact than technologies currently in place. For example, DOVU is rewarding individuals who reduce their carbon footprint by giving them tokens. They recently integrated the DOV wallet with Uber’s public API and users of the DOVU app can use the DOVU tokens they have earned to reduce the price of their Uber journey.

Almond, a B Corp which rewards users for buying responsible brands and helps them understand and reduce their carbon emissions, is changing the way in which people shop. Users of the Almond App are able to scan products and find out more about the product, its journey and the effect it has on the planet. 52% of individual carbon emissions come from the products we buy, a staggering statistic.

At a macro level, blockchain could play a much more integral role in terms of changing the way in which whole countries, governments, industries and individuals are able to see the effect their behaviour is having on the environment.

A larger use scale of blockchain would be creating a decentralised and sustainable resource management platform. If every house in the UK was placed on the blockchain and represented as an individual token it could change the way utility bill data is exchanged. By using sensors which indicate, for example, how water usage differs in each household, this data could then be sent to the providers and help them to make informed decisions on how much resource needs to be distributed to the area.

Of course, some of these examples are still far away, but not completely out of reach. Blockchain marks the start of an exciting time in the world as we know it and its societal impact should not be overlooked.

As sustainability becomes an ever-important part of everyday life, blockchain could help to facilitate some of the key change that is needed. In order to create a more transparent, streamlined and accountable system for businesses, consumers and countries to adhere to. By doing so, blockchain could be a key part of reducing emissions and waste as well as improving on the manufacturer and consumer problems which we discussed.

More importantly, blockchain has the potential to create a new societal awareness and reward those who choose to act more sustainable. It will, in theory, help to build a framework which we understand how our carbon emissions work, educating us on our personal effect on the planet. We at TokenMarket look forward to seeing how blockchain will help to usher in a new wave of educated businesses, consumers and governments.