Which Jurisdictions Are Preparing for the STO Revolution? 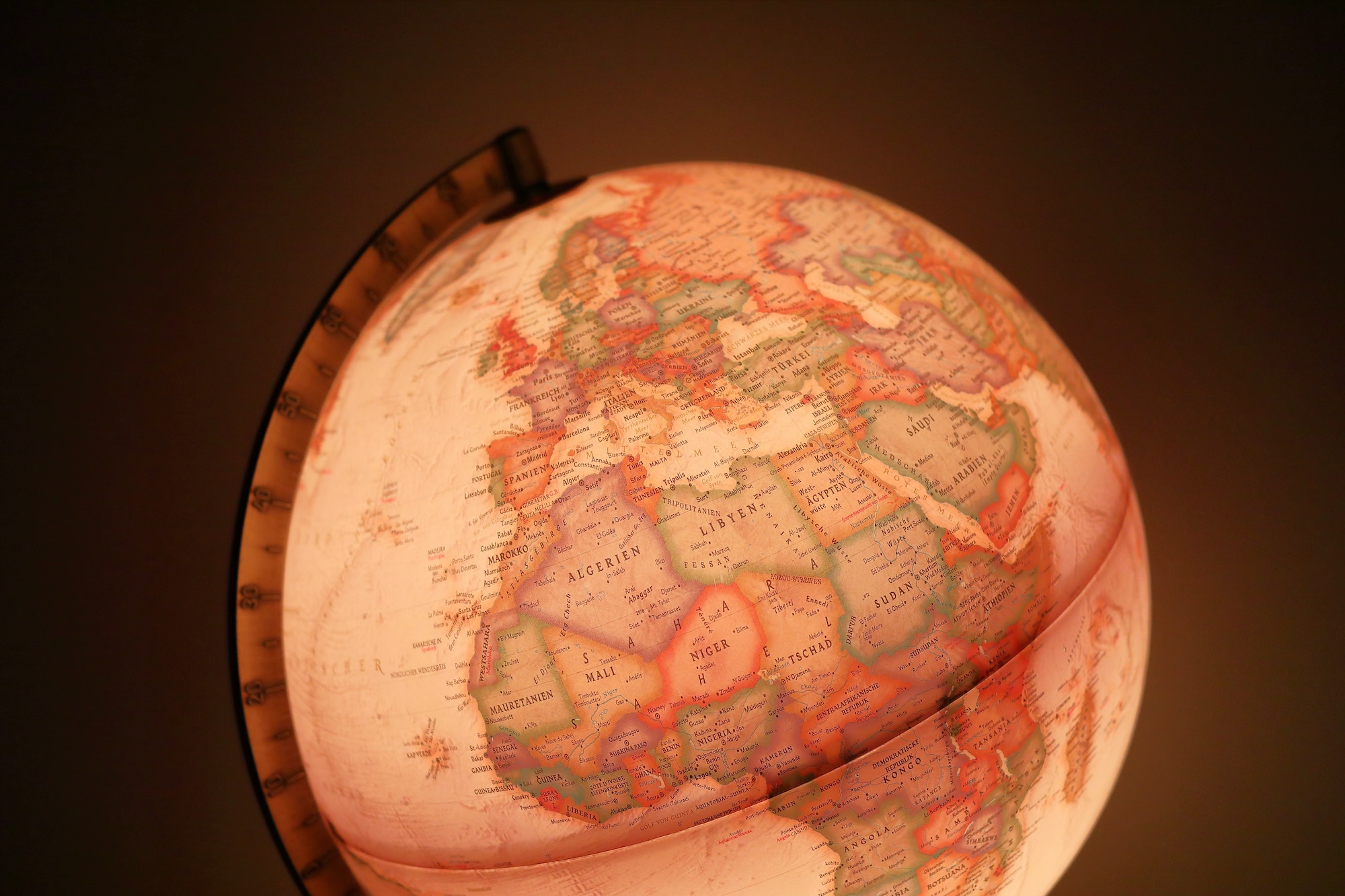 In Q1 of 2019 alone the number of STOs increased by 130%, highlighting the rapid speed at which this form of fundraising is taking place. In this article, we examine which jurisdictions are gearing up for the STO revolution.

Security token offerings (STOs) are rapidly picking up momentum. In order to keep up with the growing demand, more countries are looking at their traditional securities laws and regulatory efforts. With the tokenisation space now beginning to enter a maturity period, many of these countries are beginning to see how the STO will fit in.

In this article, we examine a list of the major jurisdictions that are preparing for STOs. We discuss what each jurisdiction is doing, as well as the regulatory measures in place. This article will also outline how more jurisdictions are beginning to open up to the tokenisation of traditional securities.

The Financial Conduct Authority (FCA) has been very welcoming in the tokenisation and blockchain space. In January of this year, the FCA released a paper which examined the overall regulatory measures that would be in place for digital assets. The security token was covered in this paper and the FCA outlined the overall regulatory measures that STOs would face.

In the most recent cryptoasset paper, released in March of this year, the UK’s financial regulatory board went on to state that:

“We do not intend to capture derivatives that reference security tokens. Such tokens are Specified Investments and do not pose the same risks as exchange and comparable utility tokens. They offer contractual rights or obligations (eg an entitlement to profit share), and so have a basis for their valuation. Security tokens that are transferable securities and offered to the public over a certain size may also be subject to the Prospectus Directive (or the Prospectus Regulation from 21 July 2019) and be listed on a regulated market, triggering additional regulatory obligations.”

In summary, under the FCA rules and regulations security tokens are recognised in the same way as traditional securities. This allows the selling of security tokens and regulated STOs. It marks a huge step forward for the tokenisation space and also the maturing of the token concept as a whole.

Having been placed in Cohort 4 of the sandbox last year, TokenMarket has experienced first hand how the UK Watchdog operates and allows disruptive businesses to thrive whilst being in a safe regulatory environment.

As one of the most important banking and financing hubs in the entire world, Switzerland’s attitude to STOs is very conservative as one would expect. The Swiss Financial Market Supervisory Authority (FINMA) classes security tokens in the same terms as equities, bonds or derivatives. This means that all Swiss security laws, regulations and penalties apply to the issuer of these STOs.

Of course, FINMA has not opened the doors wide open for potential STO projects but merely asked to see a demonstration of how they will work. Each STO project is also taken on a case by case basis and reviewed before a definitive decision is made. Once the token passes the review, the Swiss securities laws apply to the project immediately.

FINMA has these laws in place to ensure that all market participants are protected and treated fairly. In order for an STO to eventually go to the public stage, it must adhere to all five of these laws or it faces a severe penalty.

As a potential jurisdiction to launch a STO in, Germany has been one of the more popular choices. In recent months, a growing number of STOs have launched in the country under the supervision of the Federal Financial Supervisory Authority (BaFin), with several more planned for 2019 and 2020 already. The German regulator operates in alignment with the Markets in Financial Instruments Directive 2014/65/EU (MiFID II).

Germany’s financial and securities laws are fairly straightforward when it comes to the tokenisation process. Like most jurisdictions, STOs that are offered in Germany fall under the traditional security category. In the eyes of BaFin, a security is anything which can be “standardised and traded on a capital market.” This means that tokenised securities are subject to the same rules as, say, a bond.

KYC is a vital part of the offering and BaFin requires all STOs to carry out such checks on investors. Strangely, potential STO projects that are located in Germany must also obey e-commerce laws as the tokens are being sold via the internet and not a traditional market. However, once the trading of these tokens begins, the tokens must adhere to regulatory restrictions that are in place on trading platforms, just as all securities must.

Italy operates under the same guidelines which are laid out in the MiFID II directive, much the same as Germany. The Commissione Nazionale per le Società e la Borsa (CONSOB) is responsible for regulating the securities market in Italy. In recent discussions, CONSOB has outlined that the tokenisation process is very similar to creating traditional securities, thus meaning it will be regulated as such.

A paper released in March 2019 by the Italian securities regulator outlined that:

“It should be added that the representation of legal relationships through a ‘token’ (the so-called ‘tokenisation’) shows some similarity to the ‘securities creation’ mechanism, i.e., the embedding of the subscriber’s rights in a certificate which entitles its holder to exercise subscriber rights, and which is a tool for facilitating transfer of these rights.”

The KYC/AML processes in Italy are also slightly different. According to CMS Law, carrying out these processes “would depend on the type of entity offering the security tokens and on where they are established.” For STO projects carried out in Italy, it also means that the application of KYC/AML would not have to be a necessity and would be looked at on a case by case basis by CONSOB.

France has been one of the nations championing tokenisation and distributed ledger technology (DLT). In fact, Société Générale issued a €100 million euro bond onto the blockchain in the form of a tokenised security in April of this year. The country has been at the forefront of tokenisation and has even begun to use blockchain in its national railway stations.

During the ICO peak period, France had a lot of positive attitudes towards tokenisation and blockchain space. This attitude has changed very slightly but the country is still accepting of tokens on the whole. Under the French Monetary and Financial Code (MFC), securities which have been tokenised are subject to the same traditional securities laws.

This means that all French STOs are treated the same as bonds, derivatives or commodities and are required to carry out the necessary KYC/AML checks under the MFC regulations. In doing so, it means that investors, regulators and the STO issuers themselves are all protected.

Under the MFC regulations, the blockchain which any STO project uses must record all information in a way which would show the investors, the number of shares owned and other vital details.

In the wake of the tokenisation space growing in popularity, Japan has made an effort to amend its securities laws to help growing businesses utilise the technology in order to thrive. The country recently updated the Act on Settlement of Funds and the Financial Instruments and Exchange Act (FIEA). Both of these acts being updated means that any potential offering, whether ICO or STO, will be subject to the same securities laws as traditional markets.

All potential STO projects must also first register their offering with the Financial Services Authority (FSA). The offering must go through a variety of stages in order to be approved, and the process can take a few months to complete. KYC/AML checks apply for all investors, just the same as they would in a traditional market offering.

For tokenised security projects who are looking to launch in Japan, they must disclose information about the offering. Working alongside the regulators, projects must also comply with disclosure requirements such as filing a securities registration statement and ongoing securities reports. However, an issuer is exempt from the basic disclosure requirements when an STO is conducted on a private placement basis.

Whilst major countries like China and the United States still wary of the tokenisation and blockchain space, it is encouraging to see more jurisdictions opening up to the idea. Security tokens are beginning to become more prominent across some of the world’s largest global economies. It marks the beginning of an exciting time and also highlights how these countries are seeing the potential benefits of STOs.

The regulatory frameworks are already in place for all the countries discussed above. In essence, the security token is simply another wrapper for traditional securities to be involved in. For projects and regulators alike, it means that decades if not centuries of financial laws can be applied to the STO; making it easier for overall adoption.

With the number of STOs growing day by day, there is no reason why it will not become a prominent part of everyday life in the near future. We at TokenMarket are happy to be a part of that.