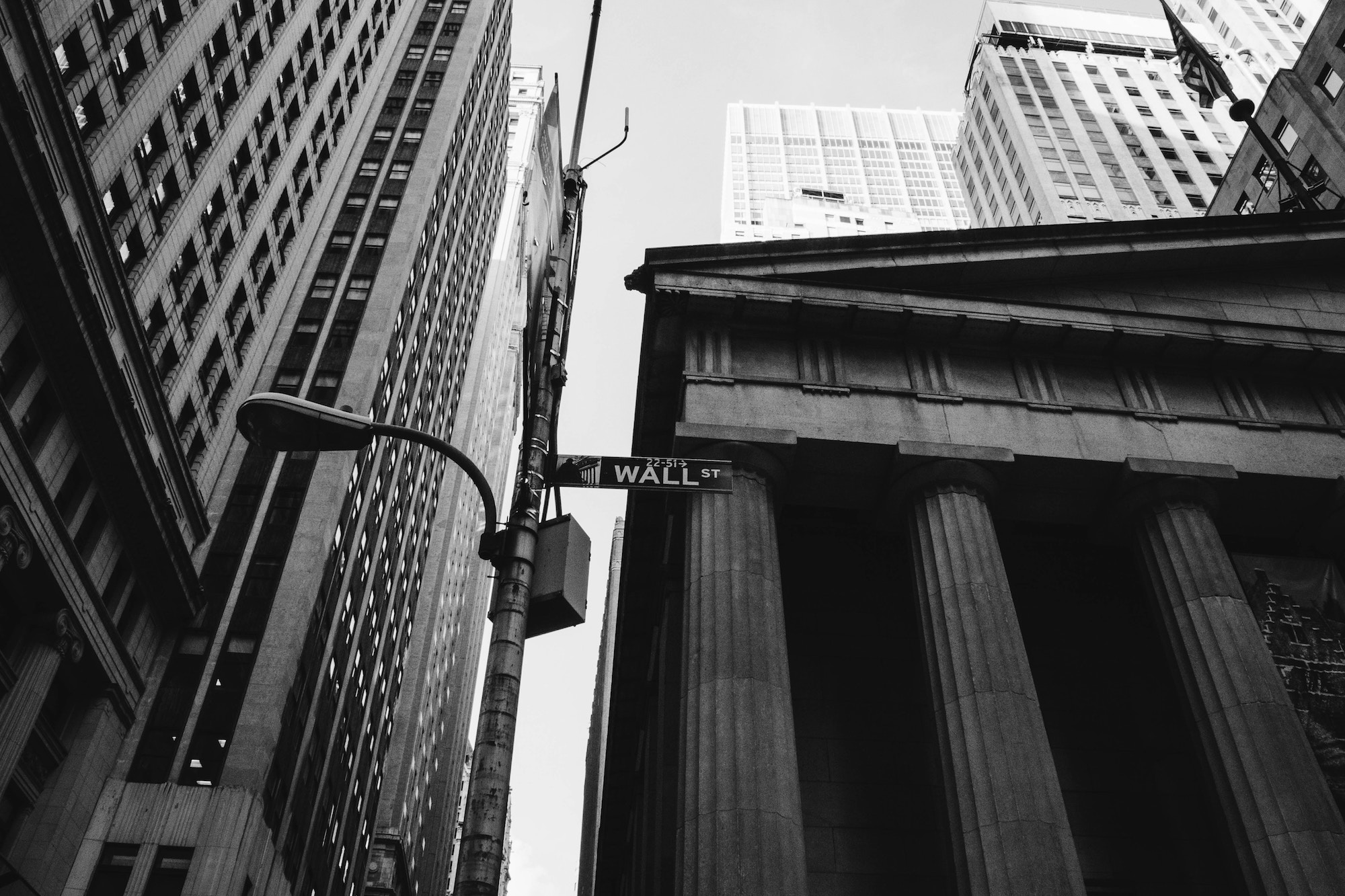 With the Security Token Offering (STO) framework making its way to the forefront of the blockchain world, TokenMarket delves deeper into why they mark the future of digitising real-world assets.

It’s been just over ten years since the mastermind known under the pseudonym Satoshi Nakamoto released A Peer-to-Peer Electronic Cash System, Bitcoin, the first blockchain database. The core values in using bitcoin and its decentralised blockchain gave users a fast and secure way to send value globally without centralised banking payment rails.

In the years following bitcoin’s rapid success and rise in value, Initial Coin Offerings (ICOs) started to emerge which began an increased run in blockchain based projects and fundraising on a larger scale. However, as increasing demand and excitement began to build within the space, regulators simply could not keep up on a global scale.

As 2019 continues, the market is witnessing the cusp of a new framework: Security Token Offerings (STOs). A relatively new idea, STOs first emerged in 2016 as a means of funding. STOs focus on digitising real-world assets, such as equity and debt, and shares and bonds can now be brought into the 21st century utilising this new technology.

It’s important to note, these are separate from utility tokens issued during ICOs, where contributors receive a token to use within the issuer's product’s ecosystem for access or services.

This distinction between the two is important, security tokens are underpinned by pre-existing securities laws in the given jurisdictions of issuance. Utility tokens inherently do not act as a financial instrument, but as an access or payment function for a given application or protocol.

Bitcoin and Blockchain: The Creation of Crypto

The use of bitcoin and its blockchain database was a watershed moment in the digital currency space. It represented the first time a public ledger of records, stored across a peer-to-peer network, was adequately functional. Blockchain eliminated the ‘double spending’ problem - where digital currency could be duplicated and used again - through each transaction receiving a number of confirmations through the solving of a cryptologic puzzle. This is carried out by members of the network - called ‘miners’ - who verify the cryptographic proof of a transaction and add it to the blockchain, thus making it visible to all members of the network and ensuring that the transaction is completely irreversible and tamper-proof. This resulted in a system that is entirely public, accessible globally and relied on mathematics, not trust, as its security.

One of the core values in the use of bitcoin and blockchain is decentralisation. The idea that no central entity (i.e. a central bank) controls and verifies everyone’s records. In place of this centralised system,  each member of the network receives a complete and continuously updated record of the transactions spent on that cryptocurrency. The transparency, speed, freedom to globally spend and permission-less use of bitcoin and its blockchain spoke to many people, and henceforth its popularity rose.

Bitcoin holders were the custodian to their own assets, they had the capability to see exactly what was being traded from around the world and were given the opportunity to watch their assets rise and fall in real time. In doing so, bitcoin marked the start of a small cult revolution on the financial world in which those within the ecosystem felt that the technology had the capability to change everything about monetary systems.

Bitcoin alone revolutionised cryptocurrency, introducing it to the mainstream and skyrocketing in value, creating a huge buzz. In February of 2011, 1 bitcoin was approximately equal to $1; as of the 22nd March 2019, 1 bitcoin is worth almost $4,000, representing its staggering growth, despite periods of high volatility in previous years. Two things resulted from the rise in popularity and value of bitcoin, more cryptocurrencies were created and more people started purchasing bitcoin and other cryptocurrencies.

As the years went on, hundreds of cryptocurrencies began to appear, all looking to have the same success that bitcoin did. Through the rise of more cryptocurrencies, as well as various apps and services, another system emerged.

In order to fund the development and creation of their new cryptocurrency, companies started to conduct Initial Coin Offerings (ICOs) to investors in exchange for their support. ICOs offer a token (a utility or access token) for what contributors hope will increase in value as the company becomes more successful and demand in the tokens increases as a result. For investors, this sounded like a good investment opportunity as the hope was that the cryptocurrency would rapidly rise in value due to speculation, giving them a fast and positive return on investment (ROI).

What bitcoin has done for the world of cryptocurrency, Ethereum has done for the world of ICOs. Currently the second largest cryptocurrency by market cap, Ethereum is one of the ICO spaces most successful raises in terms of market exposure. Ethereum showed that there are many applications for a blockchain beyond just a transactional ledger for a cryptocurrency. With this came the realisation that an ICO could be a crowdfunding mechanism for something other than another cryptocurrency. Ethereum helped open the door for ICOs through its creation of smart contacts, resulting in many successful decentralised applications (DApps) using the Ethereum platform via ERC-20 token structure.

However, despite the range of successful ICOs, due to the larger number of unsuccessful ICOs, it could be said that many investors left the cryptocurrency market with a bad taste in their mouths.

Looking closer, ICOs brought about some truly revolutionary steps for the traders of such tokens. Benefits such as instant settlement, complete custodianship of assets, faster liquidity and a quicker route to secondary markets for business meant that they were a hit amongst the community. This created a whole new wave of investor, trader and business and also marked the birth of a new global generation of traders. However, due to lack of regulation and oversight, businesses that didn’t have the same checks and balances were able to pitch their ideas to gain funds but ultimately may not have been able to deliver.

Despite this, ICOs started to gain traction, dominating the cryptocurrency and blockchain industries in 2017, due to the rapid amounts of monies, select ICOs quickly began to generate. In theory, the ICO framework was truly revolutionary, helping smaller tech businesses get a foot in a new and exciting market without having to succumb to the power of VC firms. However, there is no denying the fact that whilst these projects liked the idea of utility tokens being used, many of them were in fact securities. This opened them up to existing regulations and to the eyes of the regulators who felt that these projects were carried out unlawful raises without their knowledge. This is where the world of ICOs came unstuck and what the world of STOs is looking to change.

Bitcoin and its blockchain with decentralisation and mathematics at its cornerstone replaced trust as the security for transactions.

With the rise of ICOs, we saw another direction form in the world of cryptocurrency and blockchain companies seeking funding, by offering investors utility tokens.  Regulators were simply not able to keep up with the speed in which these projects were surfacing on the market. Now it seems as though the tables are turning.

STOs have the potential for the technology and framework to be accepted by regulators such as the FCA, SEC, ESMA and MAS have added a level of legitimacy and accountability.  Even more so as existing financial instruments (equity and debt) with existing regulations are being utilised. Marking a new (and arguably much needed) facet in the cryptocurrency and blockchain industry with the removal of so-called “wild west” of investment.

Perhaps not as exciting as the first cryptocurrency or the first real rise in cryptocurrency and blockchain companies. STOs could be just as revolutionary, causing a surge of investment in cutting edge Startups through promoting professionalism and investor protection via this blockchain technology.

At the heart of every new technology lies discussion and debate, thus giving it relevance. This is also the case with STOs. While some people welcome STOs and the regulatory rules they bring, others see it as a foreign entity threatening decentralisation, one of the core principles of using blockchain.

Crypto and blockchain gave the world a brand new way to invest and trade in exciting technology. ICOs built upon this and gave thousands of people access to technology investments that they wouldn’t normally have had. STOs mark a level of maturity that has married together both of these technologies and, in doing so, has created a new digital age in which to raise and invest capital.