The Fall in IPO Rates: Why are STOs on the Rise? 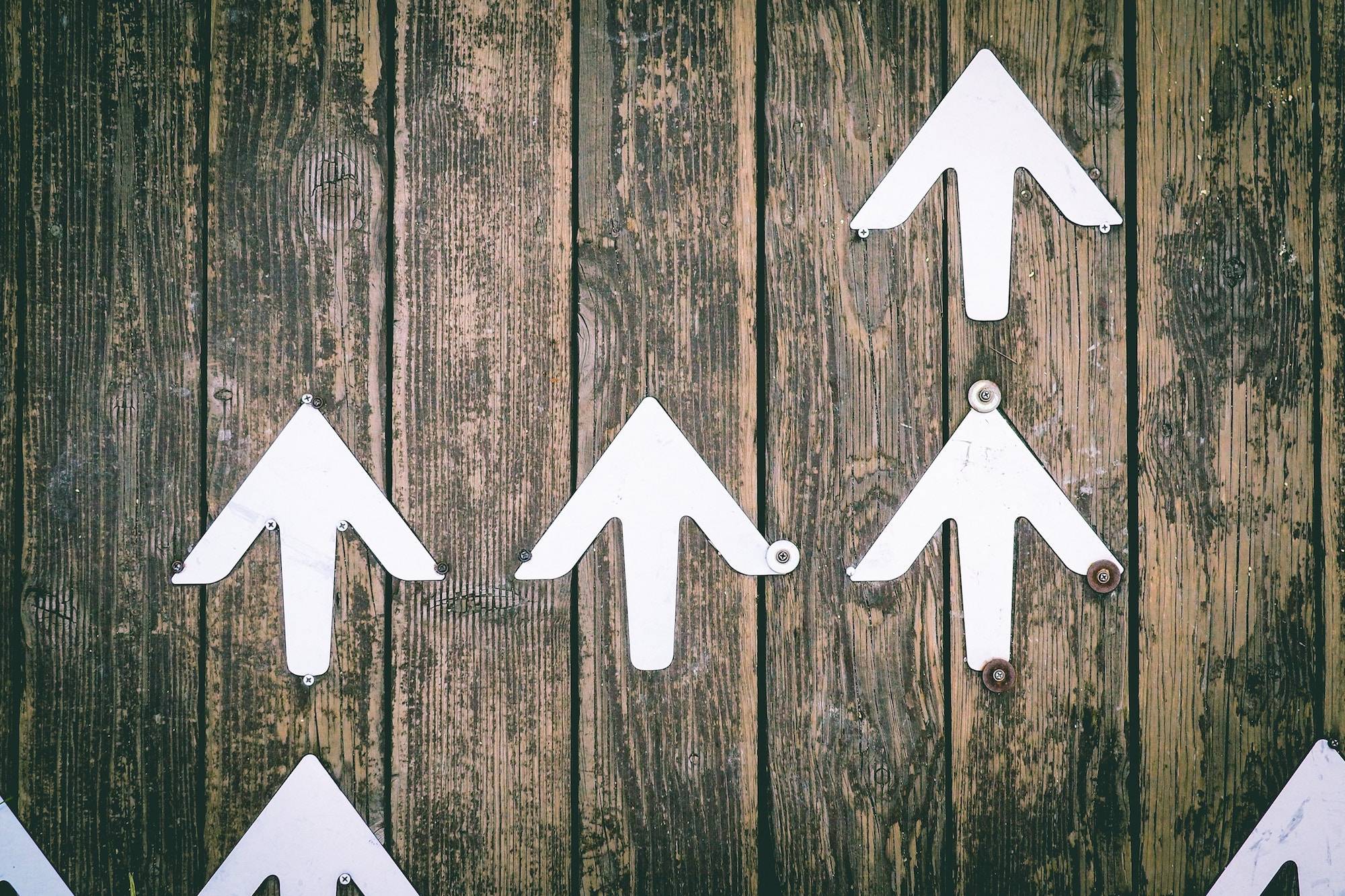 The third and final piece in our three-part series on the fall of IPO rates examines why STOs are on the rise, as well as what they can bring to the world of fundraising.

In our previous two articles, we covered the decline in IPO popularity and then explored the alternative fundraising alternatives. In order to understand this article in its entirety, we recommend reading part one and part two before beginning this article.

The piece below takes an in-depth look at the security token offering (STO) framework and why it is gaining popularity for growing businesses. Our previous articles have hopefully given you some understanding regarding what the opportunities were for founders and investors when it comes to startups and company financing.

Which brings us onto STOs and how they are gaining momentum in the financing world. The amount of STOs in the first quarter of 2019 alone has increased by 130%. This new financial instrument, which utilises blockchain technology, has the capability to revolutionise the way in which fundraising can be carried out. Below we will cover how the STO is dealing with some of the key concerns, and improving upon existing models.

Initial coin offerings (ICOs) highlighted the speed and sheer excitement a blockchain project could have within a select community. Projects were receiving millions of dollars before they even had a product ready to launch. Backed by a dedicated community who truly believed in the work that the business was going to achieve, they traded funds for utility tokens; giving them access or the ability to use the platform once it was built.

What the ICO phenomenon created were a belief in blockchain technology and rapidly growing disruptive businesses. For many, it was about being the first investors in a project and gaining access to deals that they might not necessarily have had. In doing so, it created a brand new level of access that is simply not seen in traditional markets.

You may be thinking this sounds a lot like crowd fundraising, and you’re not wrong.

Crowdfunding, in some sense, has opened up early-stage investments to many. However, it has not opened its doors to disruptive technology businesses. Tech unicorns like Lyft and Uber, both of which recently underwent their initial public offerings (IPO), sought funding from the traditional venture capital firms. These VCs have made billions of dollars from being able to get in at a much earlier stage than the public markets.

What the STO model will initiate is the next generation of business to be accessed at a much earlier stage than the traditional IPO market. Utilising the same sale structure that ICOs used, but under a much stricter and more regulated format, STOs will enable everyday investors to access these businesses, creating a fairer playing field and a new investor class of its own.

Traditional capital and secondary markets are, for the most part, locked off to the everyday investor. Brokers and traders hold the keys to this market, meaning that unless you hold either of those positions or use them to trade securities, you simply cannot access shares. As well as this, there are jurisdictional issues that can also limit whether or not an investor is able to access the markets.

What the ICO model highlighted was the ability to have thousands of investors from various countries around the globe all interested in a project. In TokenMarket’s experience alone, we distributed tokens to more than 250,000 individual wallet addresses in 153 countries. This is something that current financing models simply do not have the capability to do.

We have seen these existing crowd fundraising platforms, is that they simply don’t have the capabilities to deal with this. An example of this would be Monzo who had to build their own platform in order to meet the demand for their sale. Blockchain technology can scale at an incredible pace and easily, making it the perfect place for a business to issue its equity, organise a sale and track all transactions of its sale.

The security token structure is building on the work that the ICO model had already started. Businesses will have the ability to sell their tokenised equity or debt to almost every country on the globe. Whilst for some, this sparks a very controversial debate regarding Know Your Customer (KYC) and Anti-Money Laundering (AML) processes, it shouldn’t. Tokenised securities will work just as traditional securities will, under the watchful eye of the regulators.

It means that for an early-stage business, they are not confined to a select few investors or one country, but an entire planet. It means a varied customer demographic and also a more global audience for the business. This is something that, unless your business is already a large corporation, is simply not possible.

Without a doubt, one of the largest problems that investors face is the lack of liquidity when it comes to their shares. However, the lack of such liquidity has not seemed to deter VCs in the slightest. In 2018 alone, VC firms invested over $255 billion USD in over 15,000 businesses globally, a $75 billion USD increase from the previous year.

Investors face a long and lengthy wait if they are to receive an exit after funding an early-stage business. VC firms must wait an average of 8.2 years for an IPO and five years for acquisitions or buyouts as Pitchbook found, these are the highest levels recorded in the last decade.

For many businesses, they are simply looking to make the money received from VCs go further, avoiding a liquidity event altogether. And, in some cases, VCs are being avoided in order to remove the power away from one sole investor looking for such a large stake of equity.

Crowdfunding, in which businesses sell their equity to many investors, began to take this power from single investors and offered people shares in a growing business. However, it also kept them locked in with nowhere to sell their shares, limiting a secondary market before it had even got started.

STOs, however, will be able to combat this. Once the project is live on an exchange, investors will be able to trade their tokens immediately, just the same as with cryptocurrency. These investors are not locked up for close to a decade and have the ability to trade these shares on a 24/7 market; something that is not available in the securities industry as it stands.

There is still a slight mysticism when it comes to shareholders. Whilst regulators around the globe have globe have ways in which people submit their personal information regarding which assets they own, there are of course ways around this.

The 13F form requested by the Securities and Exchange Commission (SEC) in the USA only requires asset managers to submit a 13F if they have over $100 million under their management. There is nothing similar for everyday investors which leaves a large grey area. Whilst these capital markets have of course tried to give investors a level of clarity when it comes to investments, it has not always worked.

Utilising blockchain technology, STOs offer a level of transparency that is unlike anything in the traditional financial space. Transactions will be logged, time-stamped and even show other investors who which wallet address has bought the shares. This is unlike anything else currently in place in the traditional financial markets. Paper shares were only eradicated in the late 2000s, highlighting how slow capital markets have been to keep up with all changes in the market.

In doing so, blockchain will enable complete transparency, reducing the risks of securities fraud and, in the process, allowing everybody to see who is transacting. It means that small investors have the potential to see if large investment firms are backing a new project. Exchanges will also allow investors to trade in a 24/7 market in a more secure environment, something that secondary markets for traditional financing does not allow.

For the business itself, it enables them to know who is buying their equity in a safer environment, keeping an immutable database of all investors.

In the past few articles, we have covered IPOs, VC funding, crowdfunding, and the benefits and drawbacks of each.

What we hope to have shown here is how the STO funding model is taking the best bits of crowd fundraising and in combination with technology, solving a plethora of other issues, such as liquidity for investors and founders, transparency for regulators and a global pool of investors.

Combining blockchain technology with the world of traditional securities will make for a much smarter and safer way for businesses to raise money and investors to gain access to the next generation of startups.

That’s not to say the STO will replace all the other models, there will always be a place for IPOs (although they also may be recorded on the blockchain) and VC funding will also be an option (and they may invest in STOs). But as with most new technologies, once the benefits are apparent, adoption is quick.